How to solve the problem of cable insulation surface?

Zhengzhou Jinshui Cable Group is a wire and cable manufacturer integrating industry and trade. We have strict production requirements and quality control. 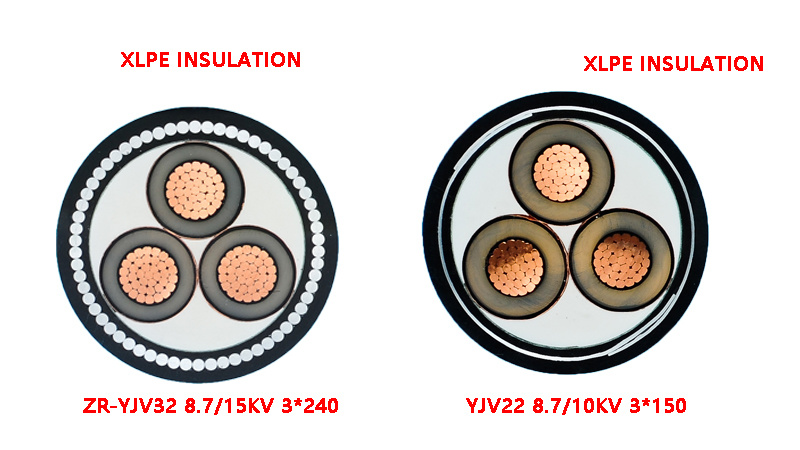 一. The phenomenon of raw rubber
In the production process, the cross-linked insulated wire core sometimes has the phenomenon of raw rubber, and it also becomes an insulating block or a hard block. The main reasons for this phenomenon are:
(1) The temperature of the machine neck or machine head is not enough, resulting in the generation of local cold glue inside.
(2) Local plasticization is not good due to insufficient body temperature or shear force.
(3) When the gasket of the filter screen is not in place, it will eventually affect the extrusion pressure of the cross-linked insulating material, and it will also generate raw glue, which will cause uneven hard blocks on the surface of the insulating wire core.
二. The phenomenon of old glue
In the production process of the cross-linked insulated wire core, the phenomenon of old glue sometimes appears, which is also called pre-cross-linking. The old glue is amber in color, the longer it stays, the darker its color, and the higher the temperature, the darker its color. The general causes of old glue are:
(1) If the extrusion speed is too fast, the faster the screw speed is, the stronger the shearing force of the cross-linked material in the screw barrel will be, which will increase the local temperature of the fuselage and cause the phenomenon of old glue.
(2) The residence time of the cross-linked insulating material in the barrel is too long, and some insulating materials are cross-linked prematurely, so that the surface of the wire core is uneven when it is ejected from the mold.
(3) The displacement of the filter screen pad causes the uneven pressure distribution of the rubber material at the splitter plate, forming a dead corner of the flow channel. In this case, old rubber will also be generated, and at the same time, it may also lose part of the filtering effect due to the filter screen. After a long time After production, the old glue accumulated on the screw head will be taken out during extrusion, and the old glue will be mixed into the insulating layer, causing quality problems in the insulating core.
三. Material stability
Ordinary two-step silane cross-linking polyethylene, first use silane and PE to produce a graft reaction to generate cross-linkable PE (referred to as A material), in order to accelerate its cross-linking reaction, a master batch containing a catalyst (referred to as B material) ), and then mix A and B evenly according to a certain proportion, and then cross-link in warm water after extrusion molding. The main reasons for the quality problems of insulated wire cores caused by material stability are:
(1) The components of the cross-linked polyethylene insulating material are not uniformly mixed. Since the A material contains a cross-linking agent and a small amount of antioxidants, if the antioxidants are not mixed evenly during the production process, the insulating material will pass through the extruder at high temperature. After extrusion, the concentrated antioxidant is vaporized by heating, forming a bulge in the insulating layer.
(2) The cross-linked polyethylene insulating material is improperly stored, and the silane cross-linked polyethylene material will slowly cross-link at room temperature even if no catalyst is added, because the material contains a trace amount of moisture (about 50×10- 4%), if it is stored in high temperature and humidity, it will cause the surface of the extruded insulating layer to be uneven.
四. Cooling process 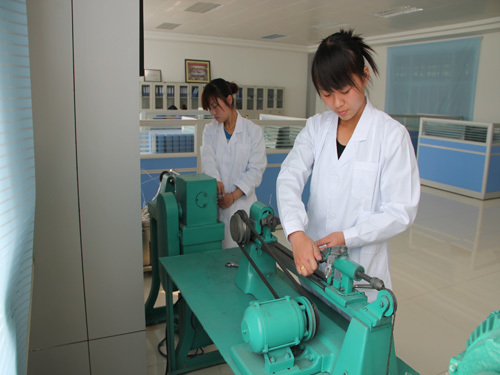 1.In addition to the extrusion temperature, extrusion speed, cross-linking speed and material stability factors, the cooling process after the extrusion of cross-linked polyethylene from the die also has factors that may lead to surface quality problems of the insulated wire core:
(1) There are air bubbles on the surface of the cable. When the cable enters the water, if there are air bubbles attached to the surface of the cable, there will be "small pits" after the position is cooled. This is because the air bubbles wrap the air on the insulating surface, and the part covered by the air bubbles The cooling rate is slower than the part in contact with water.
The reason for the formation of air bubbles adhering to the surface of the cable is generally that the circulating water for cooling enters the water tank with a fast flow rate and rapid water flow.
(2) Before entering the cooling water, there are water droplets splashing on the surface of the cable, and the part in contact with the water first cools and shrinks, while the appearance in contact with the air is similar, and it is easy to cause mixed droplets, so pay attention to the distinction. Solution:
(1) Judging from the start-up time, it is more likely to produce "raw rubber" in a short time, and "old rubber" in a long time.
(2) Judging from the changes in process conditions, and comprehensively analyzing the causes of "raw rubber" and "old rubber".
(3) The linear speed during extrusion should be strictly in accordance with the requirements of the process specification. After the extrusion speed changes, it is necessary to pay close attention to the temperature change of the extruder.
(4) Check that the temperature control of each part of the machine head is accurate enough, find out which part is causing it, and then adjust it according to the actual situation;
(5) If necessary, adjust the temperature, adjust the extrusion speed, clean the filter screen and the machine head to find the cause.
2. Select a silane cross-linked polyethylene insulating material manufacturer with stable production process, high technology and management level, continuous monitoring of impurity content, and constant melt index of extruded resin to ensure the stability of material performance. The silane cross-linking material produced by the two-step process has a short storage period, generally no more than 6 months. During storage, high temperature and humidity should be avoided to prevent cross-linking of the material and cause the extrusion surface to be uneven.
3. After the cable insulation core is extruded from the extruder head, it should enter the water smoothly as a whole to avoid water droplets splashing on the surface. In the process of cooling water circulation, special attention should be paid to adding water to the water tank. It is advisable to use large diameter and low flow rate to add water. This is because the diameter of the water injection port is small, which is bound to increase the water flow speed. High-speed water flow will bring a lot of air into the water. About half a meter after the core enters the water, a device for removing air bubbles such as fine cotton yarn is added to remove the attached air bubbles and keep the surface of the insulated wire core smooth.