How to solve the problem of power cable failure?

Cables play a vital role in life, and we must be aware of their potential safety hazards and preventive measures. Zhengzhou Jinshui has a long history of development in the cable industry and has rich experience in cable production. Do you have any product inquiries? Questions can leave a message, we will give you a satisfactory answer.

In power lines, the proportion of cables is gradually increasing. Power cables are cables used to transmit and distribute electrical energy. Power cables are often used in urban underground power grids, power station lead-out lines, internal power supply in industrial and mining enterprises, and underwater transmission lines across rivers and seas. It is a cable product used to transmit and distribute high-power electrical energy in the main line of the power system, including 1-500KV and above various voltage levels and various insulation power cables. The outermost layer of the power cable is generally a rubber or rubber synthetic sleeve. The function of this layer is insulation, and it also protects the cable from damage. 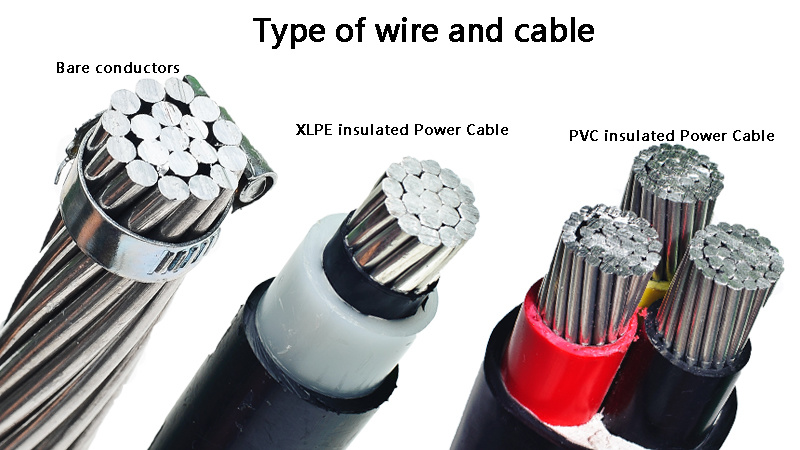 Power cables are divided into high-voltage cables and low-voltage cables. If it is high voltage, there will also be a layer of resin-like filler in it, which acts as insulation. In high-voltage cables, this layer is the most important part of insulation. Secondly, the shielding layer is divided into two cases. The shielding layer of the power cable has two functions: one is that because the current passing through the power cable is relatively large, a magnetic field will be generated around the current. In order not to affect other components, adding a shielding layer can make this The electromagnetic field is shielded in the cable; second, it can play a certain role in grounding protection. If the core wire of the cable is damaged, the leaked current can flow along the shielding layer like a grounding grid, which plays a role in safety protection. 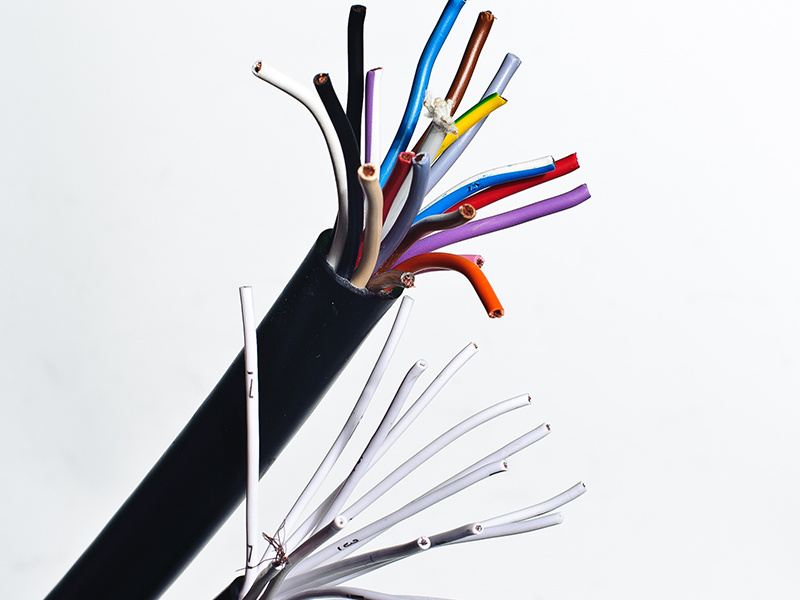 Control cables are used in many places, especially the control cables of computer systems, where the shielding layer is used to shield external influences, because the current itself is very weak, and it is very afraid of the influence of external electromagnetic fields.
The composition of the power cable should be: the conductive core, the insulating layer, and the protective layer. Detailed classification: conductive wire core, inner semiconducting layer, insulating layer, outer semiconducting layer, copper shielding, filler, inner lining layer, double steel tape protection layer, outer sheathing.

The main types of faults common to cables in daily use
Short-circuit fault: There are two-phase short-circuit and three-phase short-circuit, which are mostly caused by hidden dangers left in the manufacturing process.
Ground fault: The breakdown of one or several cores of the cable to the ground, the insulation resistance of which is lower than 10kΩ is called low-resistance grounding, and higher than 10kΩ is called high-resistance grounding. Mainly due to cable corrosion, lead cracks, dry insulation, joint technology and materials.
Disconnection fault: One or several cores of the cable are completely or incompletely broken. Cables can be disconnected due to mechanical damage, terrain changes, or short circuits.
Mixed faults: more than two of the above-mentioned faults.

Reasons and Countermeasures of Power Cable Line Faults
External force damage: During the storage, transportation, laying and operation of the cable, it may be damaged by external force, especially the directly buried cable that has been in operation, which is easily damaged in the ground construction of other projects. Such incidents tend to account for 50% of cable incidents. In order to avoid such accidents, in addition to strengthening the quality of work in all aspects of cable storage, transportation, and laying, it is more important to strictly implement the ground breaking system.
Corrosion of protective layer: The galvanic corrosion of underground stray current or the chemical corrosion of non-neutral soil makes the protective layer fail and lose its protective effect on insulation. The solution is to install drainage equipment in the stray current-intensive area; when the local soil on the cable line contains chemicals that damage the lead package of the cable, the cable should be installed in a pipe, and neutral soil should be used as a pad for the cable. and covering, but also coating the cable with asphalt.
Overvoltage and overload operation: improper selection of cable voltage, sudden high voltage intrusion during operation or long-term overload may damage the insulation strength of the cable and break down the cable. This needs to be solved in time by strengthening inspections and improving operating conditions.
The outdoor terminal is soaked in water: due to poor construction, the insulating glue is not fully filled, causing the terminal to be flooded and eventually explode. Therefore, it is necessary to strictly implement the construction process regulations, conscientiously check and accept; strengthen inspection and timely maintenance. The oil leakage of the terminal head destroys the sealing structure, makes the impregnating agent at the end of the cable dry, increases the thermal resistance, accelerates the aging of the insulation, easily absorbs moisture, and causes thermal breakdown. When oil leakage is found at the terminal head, inspections should be strengthened, and power outages should be redone in serious cases.

Cables play a vital role in life, and we must be aware of their potential safety hazards and preventive measures. Zhengzhou Jinshui cable & wire has a long history of development in the cable industry and has rich experience in cable production. Do you have any product inquiries? Questions can leave a message, we will give you a satisfactory answer.