What is a sheathed wire?

The sheath we are talking about is the power cord used for home decoration in the past. It is mainly a cable that provides lighting and power supply for the family by laying it directly in the wall and fixing it on the wall.

What is a sheathed wire?
Due to the decoration of the home, wire pipes are generally used, and then three copper wires (live wire, neutral wire, and ground wire) are used to pass through the wire pipe. However, sheathed wires are much safer than ordinary wires, so they are often used in home decoration in the construction field. The sheath we are talking about is the power cord used for home decoration in the past. It is mainly a cable that provides lighting and power supply for the family by laying it directly in the wall and fixing it on the wall. Its advantage is that it can save the threading pipe or the threading trough, and replace it with an outer layer of sheath insulation. It is convenient and fast to lay, good-looking and safe to use. It is the best choice for connecting household mobile plug-in boards, refrigerators or air conditioners. 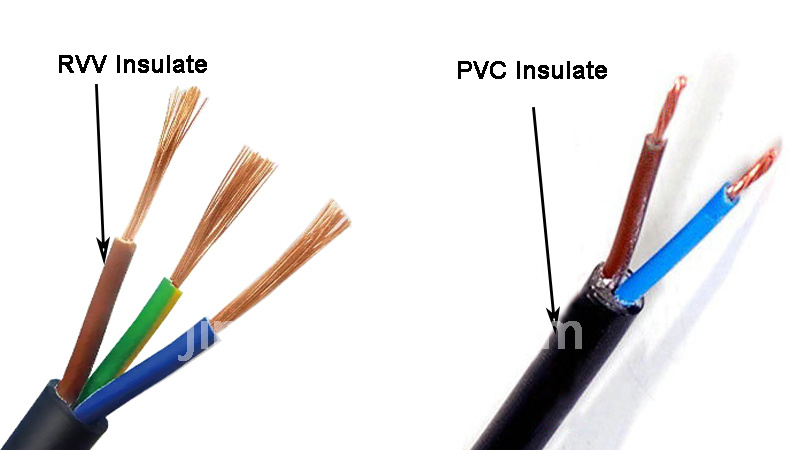 一、Model specification type of sheathed wire
Whether it is a soft sheathed line or a hard sheathed line, there is an obvious feature, that is, the outer layer of the line is composed of a layer of sheath, which wraps the wire, and the rv cable is wrapped with rv cable, and the bv cable is wrapped It is a hard sheathed bvv cable.
In terms of materials, sheathed wires can be divided into soft sheathed (rvv) and hard sheathed (bv) wires. The soft sheath is a relatively common type in the instrument panel electrical system. The number of copper core cables inside is uncertain, and there is also a PVC sheath outside, and there is no special requirement for the arrangement of the copper core cables. Hard sheathed wires can be used for cables and wires with AC currents of 450/750V and below, such as power systems, instrument panels, communication products, and daily electrical appliances, and are also used for concealed installation of wires. The sheath material of the commonly used sheathed wire is polyvinyl chloride, that is, pvc plastic.
二、Application field of sheathed wire
Because the interior decoration of the home now generally uses threading pipes, and then three copper core wires (fire wire, neutral wire, neutral wire, and wire connector) are laid across the threading pipes. However, sheathed wires are much safer than ordinary wires, so they are now widely used in home decoration in the engineering and construction industry.
The sheathed wire is the power cord used before. Before the home decoration, the sheathed wire was used as the lighting and power cord; it can be laid directly in the wall or fixed on the wall. Its advantage lies in that it can save the wire pipe or wire slot, and replace it with a layer of sheath insulation on the outside. It is easy to lay, convenient, beautiful in appearance, and safe to use. It is suitable for connecting household mobile sockets, refrigerators or It is the first choice for central air conditioners and other electrical appliances.
三、What is the difference between jacketed wire and cable?
The sheathed wire is two or three BV wires parallel to each other. It generally has insulation performance. The sheathed wire is also a kind of household wire. As everyone knows, the cable is usually composed of two or more transmission wires [each group is at least Two] twisted cables that are similar to ropes, each group of wires are insulated from each other, and are often twisted around a center, and the outside is covered with insulation. Most of them are built in mid-air or installed underground or underwater for transportation of communication equipment or power engineering.