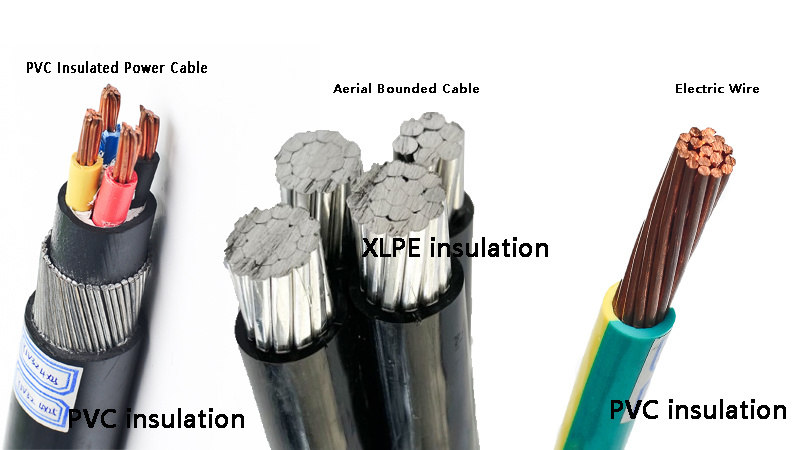 1. External force damage: In the era of rapid economic development, many cable failures are caused by mechanical damage. For example, the cable laying, installation and construction operations are not standardized, which will cause mechanical damage; cables directly buried in the soil are used in construction. If the damaged part is not serious, it will take a while for it to be completely destroyed. Sometimes serious damage will directly lead to a short circuit and affect the demand for electricity.
2. Wet insulation: This occurs when cables are buried directly in cargo or on cable lugs in drains. For example, if the cable joint fails, and the joint is still completed in a humid climate, the joint will enter the water, or it will be mixed with water vapor. After a long time of work, water branches will be formed under the action of the electric field, which will gradually damage the insulation strength of the cable and cause failure.
3. Chemical corrosion: When the cable insulation works in the area with chemical acid and alkali action, it will cause corrosion of the lead sheath of the cable armor or its outer protective layer, and the protective layer will fail, resulting in cable failure.
4. Long-term overload operation: During the operation of the wire and cable, the current will have a thermal effect, and in the operation of overload operation, the load current will directly cause the conductor to heat up through the cable. During long-term overload operation, excessive temperature will accelerate the aging of the insulation, and in severe cases, it will be directly broken down, especially in hot summer, there will be more cable failures.
5. Cable joint failure: The cable joint is the weakest link in the cable line laying process. If the joint is loose during the construction process and the heating is not enough, the insulation of the cable head will be reduced, resulting in an accident.
6. Natural environment and temperature: The external natural environment and heat source where the cable is located will also cause the cable temperature to be too high, the insulation to be broken down, and serious electricity accidents will occur.

How to judge wire aging in advance
1. By observing the cable sheath of the cable, if it is found that the cable is hardened, the surface has cracks, the color tone is dull, dark, or even dropped, the degree of aging and damage of the cable has been serious. , need to be replaced in time to avoid risks.
2. Use a grounding resistance meter to accurately measure the insulating layer of the electrical circuit. Different insulating layers have different allowable values. For example, for a 220V line used by households, the grounding resistance must not be less than 0.22 kΩ; less than 0.1 kΩ. If the measured resistance value is lower than the above marked value, the insulation of the electrical line needs to be repaired and rectified.

Zhengzhou Jinshui Cable Group hereby kindly reminds that the aging of the circuit will cause serious fire accidents. For the safety of ourselves and others, we must regularly maintain the wires and cables to reduce the probability of risks.